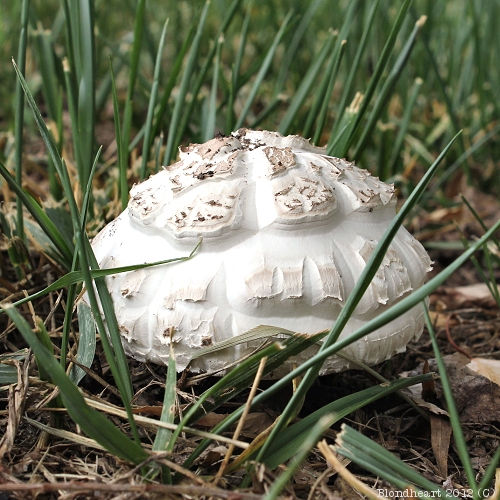 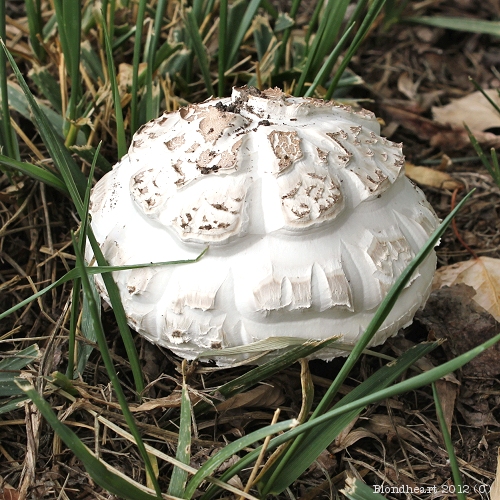 Last week I went out to check my mail and discovered a very large toadstool in my front yard.  It was about the size of a baseball.  The next afternoon when I went to get the mail, it had nearly doubled in size.  It's amazing how fast they grow.  I meant to take another picture of it, but I didn't get around to it.

I wondered how big it would get.  Of course my fanciful imagination began to run away with me, and I started thinking about those giant mushrooms in Journey To The Center Of The Earth.

On the third day I rushed out filled with anticipation to see if my toadstool had grown again.  Instead I found that it had let go of it's hold on the earth and was laying in the street.  As I carried it to the trash so that it wouldn't be picked up by a dog or small child, I felt a momentary pang of sadness for what might have been.  I had grown attached to this funny little toadstool.

The next day I went out, and much to my surprise two more toadstools had grown in it's place.

Last January I decided not to make the usual New Year's resolutions.  The kind that inevitably fail shortly after they are made.  Instead, this year I made only one.  I resolved to get outside my comfort zone and take risks by trying new things.

When I made that resolution I was mainly thinking about work.  Little did I know at the time that it would be on a much grander scale.

As you know I tried this weight loss program that my doctor recommended.  While I have recently plateaued, I have lost a fair amount of weight so far.  I also have come to understand why I couldn't lose the weight.  That turned out to be a priceless gift, not only on an eating scale...but also I let go of some psychological baggage I didn't even realize I was carrying around.

I also tried new things work-wise.  I was pleased with the results.  I know I haven't made anything new in a while, but there are new things coming soon.  This summer was more about focusing on my personal needs.

Lately I have been sorting and cleaning things out.  I have taken many bags and boxes to Goodwill.

Letting go of things can be difficult.  Whether it's things we have collected over the years, clothes that no longer fit or bad habits.  Even ideas can be hard to let go of sometimes.  We allow ourselves to get stuck.

Even when it is hard to let go of things, we have to do it sometimes.  When we do, it's amazing what we allow to grow in it's place. 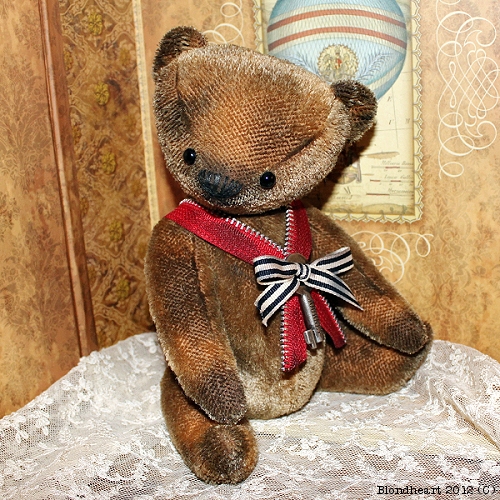 I am offering 1/3 off of anything on my website at www.blondheart.com through Wednesday at midnight for my blog and facebook readers.  If you would like something, please send me an e-mail (using the link at the right) with your paypal e-mail address and I will send you an adjusted invoice.