The Paths We Cross 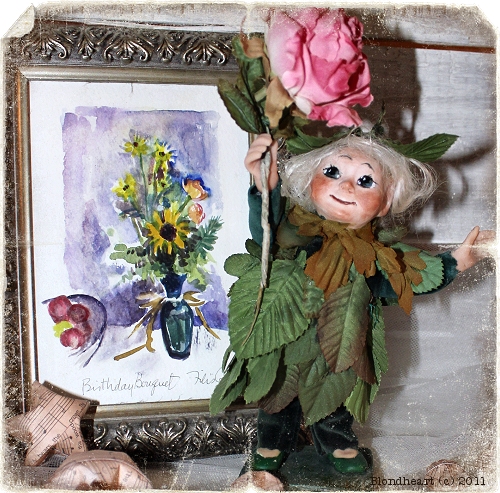 Labels: Losing a friend, paths that cross, the impact we make

Thats such a lovely post, very thoughtful. I was lucky recently to trace a friend for my accountant, he had not heard off him for a few years at Christmas. He knew he lived in the states and used to run a uni theatre. Long story short, I googled his sisters address, that connected me to an email and we found he was living in Bolivia, not too well but with us. As both are 80 they were so glad to be back in touch through the sister, even if his friend could no longer write.

That's wonderful that you helped to reunite them Amanda!

That was a lovely post, Kelly. Thank you so much for sharing it with us. It reminded me of my times with my friend Mary Ruth before she died a few years ago. You were so lucky to have known Filis and she was lucky to have know you as well.
Warmly,
Cheryl

She sounds like a wonderful lady. I have a number of older friends, they're so much more interesting with all their tales of life :o)

Thank you for telling us about Filis! She must have been a character. Big hugs to you!

Oh, and we definitely should get together sometime for a little chatting and bear making and tea. :o)

It is often strange how things trigger memories of friends that have had powerful impacts on our lives. At one time they were very important people in our lives and somehow they fade away from our lives.
From what you described it sounds like Filus may have had a form of Alzheimers. My mother in law has Alzheimers and she is
88. Now, She does not know her children's names (though she does know that they are important people to her) My mother in law was brilliant and loving and fun and I miss her caring and nurturing friendship.
It sounds like you had a fabulous relationship with Filis. She was lucky to have you in her life and you were fortunate to have her in yours.
Thanks for sharing your loving memories of Filis. It was a gift that you gave us today too.
Warmest regards,
Anna