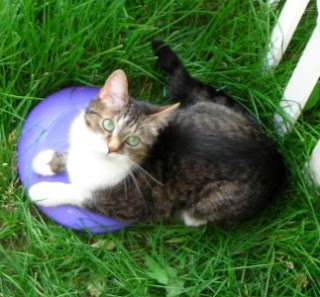 Yesterday I was moping around about the fact that the bears aren't getting bids on ebay. I'm telling you ebay is brutal. I have worked hard for a couple decades to build a reputation and on ebay it's all for naught. Selling on the internet is a whole new territory and it's going to take a lot to claim it. As God as my witness, I shall presever! (Shakes her fist.) Sorry I had a Scarlett moment...anyway I was talking to my mother on the phone and lamenting over it once again. I am apparently not as developed in the brain pan as I need to be to bring bids into being with the sheer force of positive thoughts as "The Secret" suggests I should be either.
My mother made a simple statement, she said; "In a year you will be so busy you won't be able to keep up!" The thing is, when she said it I knew right to the very core of my being it was true. Take that Secret! Ha! Sometimes people say something to us off the cuff that turns out to be prophetic in nature and we know...just KNOW that it's going to be true the moment it escapes their lips. I know you might laugh, and say I'm being superstitious, but we are in fact hot wired for precognition. We live in a precognitive state 100% of the time in fact. Most people don't know that. We get information a second or two before each thing we experience happens. It's what keeps us from having heart attacks from perpetual shock and surprise. Basically we are living on a slight time delay. But sometimes we just get information earlier than the second we are used to. How does it work? There is a lot of scientific mumbo jumbo about electrical impulses firing too hard in your neural synapses and crossing of dendrite pathways and such, but no one really knows. The brain is a mystery.
So is my mother. She has never been one of those types of mothers to just dispense wisdom at the drop of a hat. It's fine because I have enough of those little kernels of wisdom for the both of us. But in my teenage years she did tell me two things that stuck. Why it was these two things I am not sure. The first thing she told me is "If you've got it flaunt it, and if you don't flaunt it anyway." Depending on your definition, I've got "it" and for better or worse, I've been known to flaunt it. Interpret that how you will.
The other thing she said was ; " Never trust a man who doesn't like cats." When it comes to men most mothers tell their daughters how to behave or what to look for on a more in depth personality basis. The thing is, I don't think she could have given me a better piece of advice. As it turns out the worst guy I ever dated couldn't stand cats. There were a couple others that didn't care much for them either and they had other unattractive personality traits that were ultimately deal breakers. R on the other hand is a big softy who loves all animals, cats included. Oh sure he tries to act tough like he doesn't care that much. But he never leaves home without a goodbye kiss for me, a pat on the head for the dogs and a scratch under the chin for Basil. Gypsy is still too young to have figured out the goodbye routine yet, but he will scratch her chin as well if she is in the vicinity.
Sadly I don't have daughters of my own, but if I did I am sure I would pass out all sorts of advice they didn't want to listen to, because I would have been that kind of mother. But the one thing I would make sure to impress upon them is never trust a man who doesn't like cats. You realize of course that these writings will slow down as the year progresses because I am going to be so busy...my mother said so!
Posted by Kelly at 2:08 PM