Princess Of The Powder Room 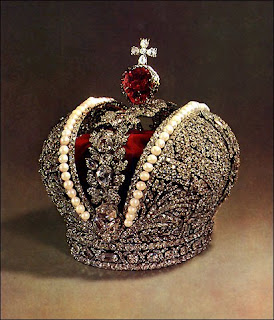 I did it, I really did it. I managed to clean the powder room. Don't you think every woman should be able to wear a tiara to clean? Wouldn't that make it better? I love crowns, I think everyone should have a couple. It just makes things better. How much would you feel like Cinderella if you were cleaning the powder room with a crown, knowing that at the end of the dirt and drudgery Prince Charming would be waiting for you. Ok so he wasn't waiting exactly, but he was waiting for my call to tell him I was done and going to bed. He will be home later, where he can admire my handiwork and give the proper accolades. Cleaning the powder room is a royal job alright!
When I was a little girl we were very poor. So every year at Halloween I always wanted to be a princess. To me, being a princess would have meant that I could have my own room instead of sleeping on the couch and brand new dresses instead of second hand ones. I was 11 before I learned that dishes and towels came in sets because my Grandmother could only afford to buy them one at a time at the Goodwill. I am rather happy over the electic nature of how we lived, so don't feel sorry for me. I have a very unique perspective and style all my own now that I wouldn't have had otherwise. Besides matching dishes and towels aren't really that important when you're a child, my grandmother's love and teachings were worth far more than anything we could have bought with a lot of money.
Much later in life I discovered that the clan I decended from actually had castles all over Scotland. Combined with being a Leo, I think that is what developed my love of regal frippery. The truth is I wouldn't want the Queen Mother's crown. That's not nearly as much fun as the ones you make yourself from whatever you have lying around to suit the occasion or mood. I think I might make some fairy crowns to put on the website...but first I must go to bed, because I seem to be procrastinating on that as well!
Posted by Kelly at 9:34 AM