It Isn't Over Til The Fat Lady Sings 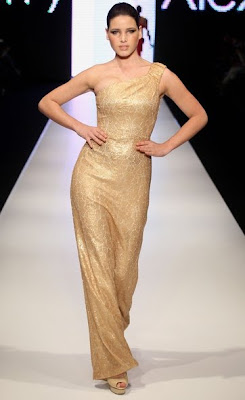 Last Thursday I went to lunch and shopping with my friend. My friend is thin and beautiful. She goes to the gym every day and she has never been fat a day in her life. She was complaining about something I too have complained about in the past. She had bought a new top, and said she had to buy an extra large. I was shocked. If you looked at her, there is nothing about her that suggests she is that big.

She said she still had clothes in her closet that were a size medium and fit perfectly, so she was a little puzzled about why she suddenly needed a much larger size. I could fully understand how she felt. I have clothes in my closet from years ago that are two sizes smaller and fit better than the larger sizes I need to buy now.

If you're one of those unfortunate women who do have to buy larger sizes now, you also might notice that you have to pay a little more for "plus sizes." Hmmm...ya don't suppose there is a connection there now do you?

I really hate the phrase "plus size." Plus what? Plus we've decided you're fat so we are going to segregate and discriminate against you? Plus we are going to charge you more for two inches of extra material while we don't discount for size 0? Plus we think you're built like a blob and have no fashion savvy so we will make hideous clothes and you will wear them? Seriously...plus what? By the way, the woman shown above is Tahnee Atkinson, a "plus size" model. She doesn't look overweight in the slightest to me?

We live in a world that is extremely body conscious. Perfectly normal, healthy young girls...and women have such self esteem issues. It's not surprising. The media bombards us with images of stick thin models and movie stars and suggest we should be that size. I have read endless accounts of what famous women supposedly eat, but you know by looking at them that they don't eat that. They starve themselves and have cosmetic procedures done to look that way.

I have read many designers say that the clothes look better on these anorexic looking models. I have a simple solution. Design clothes that look good on the average woman. Up until about 15 years ago designers were able to do that. What happened? Did they lose the ability? If so maybe we need designers with a broader scope of what they are capable of.

I recently saw someone named Heidi Montag (I think that's her name, I really have no idea who she is) who is 23 and was perfectly lovely, had TEN plastic surgeries in one day. What could you possibly have wrong with you at 23 that needed fixing to the tune of ten surgeries? I saw the before picture, she was very pretty and had nothing that required surgery. One of the things she had done was having her back bones carved down so she would have some curves. Apparently she was so thin she didn't have any. A simpler solution would be eat a cheeseburger once in a while and put a little padding on those hips and backside. When I took my tumble down the stairs the other night, I was happy I had a little cushion in the rumble seat to land on. This girl would have shattered like glass from that fall.

Most average drug free, surgery free women who actually eat and don't spend five hours a day working out cannot look that way unless she has an overactive thyroid or some other medical condition. Very few people are born with the genes predisposed to being extremely thin and healthy naturally.

Being one of the millions of women in this world who has always struggled with her weight, I was pretty disgusted by something I read this morning. There is a designer in Australia who won't make anything larger than a US size 10 because she feels that plus size clothing promotes an unhealthy life style.

Now I respect her right as a designer and business owner to do whatever she wants. She can make any sizes she wants. What I don't respect is the lie. If you look at her website, her model is considerably underweight. Being underweight is as unhealthy as being overweight, a fact she seems to have conveniently forgotten. If she doesn't want women of a certain size being seen in her clothing, just say so. Honestly I would respect that more than her statement that she is doing it for our benefit.

In what is a supposedly enlightened, civilized society I think it's time that we stand up and speak the truth...that every person has the same value despite their size, skin color or anything else physical about them. It's time for the fat lady to stand up, sing her heart out and get the respect she deserves!
Posted by Kelly at 1:28 PM

Hi Kelly, I refuse to give up Ben and Jerry's just to have a body like a model! I also hate working out....And I too think it's crazy to have to pay more for larger clothing...as far as Heidi Montag she was on one of those reality shows, before then I think she was a common citizen...she sings now but I don't think she sings too good, that's just my opinion. Her surgeries are what NOT to do when you have internal issues that need addressing first....Have a nice day! I enjoyed your post, very eye opening...have a nice day! hugs, Jennifer (time for some chunky monkey ice cream!!!)

So true, so true. And you did give me a bit of a giggle talking about the girl eating a cheeseburger to get a little padding and how if one of the stick thin girls took the fall you did they would have shattered like glass. LOL! Our society is pretty much one step forward two steps back...I've got a bit of padding and you know what, not gonna worry about it. I eat what I like in moderation and at this point in my life I'm fine with my size. Although I think with a little bit of age comes that acceptance and not worrying or really caring what the rest of society thinks. Too bad the fashion industry says one thing yet does another.....That's were family comes in to help reinforce positive self-image. And there's a whole other topic....
Thanks Kelly
From Kelly

It *IS* very interesting to see designers speaking out against obesity because of it's "unhealthy" nature... when for years the look they promote has caused girls to starve themselves to death.

I also think it's amusing that the model you showed is labeled a 'plus sized' model. She's not even as curvy as Marilyn Monroe... and you know no one would have called her a 'plus size'... she was 'curvy and beautiful'.

I'm amused and disgusted all at the same time.