One Of Those Weird Days 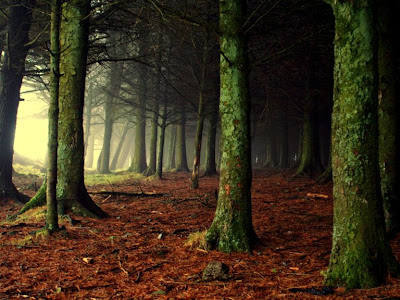 Today was kind of an odd day.  I worked really hard to finish putting everything back in the dining room.  I actually wanted to work on the bear but I had to do this first.  There were boxes stacked with china that needed to be gotten out of the way.

I did take a break to do a bit of gardening.  My garden seems to have had it's last hurrah and is in the process of going to seed despite the warm weather.  I guess plants just know when it's time regardless of what the jet stream decides to do.

It was very warm today...88 in fact.  But it doesn't seem much like summer anymore.  Maybe that's just a perception brought on by years of looking at the calendar.  Or maybe we have an innate sense that something has changed ever so slightly.

I think the worst part of today was that I didn't see one other single human being.  Despite keeping myself quite busy all day, it still left me feeling a bit melancholy.  R was out of town for work last night and I didn't go anywhere since I was working around the house.

I am pretty sure I would never make it as a hermit living alone in the woods.

I was also suffering from Facebook angst again.  I needed to join a group for something specific I have coming up and I wanted to leave a post explaining how to do something that a few people asked about.  For some reason it took me a couple tries to get the post to take.  You wouldn't think that would be that hard.

I have never come across anything computer related before that I can't figure out.  I learned everything I know about computers on my own.  Over the years I have learned a whole lot to the point of just sort of picking up coding through immersion, the way a person would do if they moved to a foreign country where they didn't speak the language at first.  That's how I learn most things actually.  I like to look at stuff and figure out what makes it tick, but it's not even a conscious effort to learn stuff most of the time...I just do.

But for some reason I am one of the rare people on the planet who can't figure out what makes Facebook tick.  I can't even figure out how to add people who I might want to go back to their page.  I seriously need a "Facebook For Dummies" book.

I had no trouble with My Space when that was the thing and I figured out how to blog and make everything pretty and customized in under an hour.  So it's beyond me why I can't figure this out.  If anyone has any insights or tips by all means don't hold back.

I actually find it a bit annoying that everyone feels the need to use Facebook for every little thing and I will be thrilled when it dies and is replaced by something else that is hopefully better, and more customizable.  I don't care for those stark white pages.  You could make My Space much prettier.

I guess I am rambling and R finally called so I guess I will drag myself off to bed.  Today I am going to finally be able to work on bears again.  I always get a little wilted around the edges when I haven't been able to make anything for a while.  I suppose that might explain my mood today.

I'm the opposite I could never figure out My space and I never got my head round it! Facebook is easy, but I did join and deactivate my account many times because I did not get it,but eventually I got there. Maybe you could consider linking you blog to your facebook page? This way every time you add a blog post it will show up on facebook. You simply need the Networked blogs application and follow the instructions. Then you will have the best of both worlds! If you've not done it yet, or would like to and get stuck, I'm sure I could help you out! . . . Good luck with FB

Kelly, the thing about Facebook is it is known to play up. When I complain about it to my partner who works in IT, he says to me "Well, that's facebook for you, and you insist on using it!" Sometimes it frustrates me so much that I swear to never log on again, but then it has periods where there are no problems. I've just decided that I have to accept it's imperfections in order to enjoy its benefits.