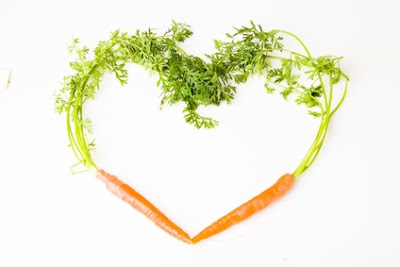 This is going to be one of those posts that is most likely going to be controversial. I am just giving you fair warning!  *Grins*  I don't expect you to automatically agree with the way I see things either, but maybe it will give you food for thought...pun intended!
Recently I overheard a conversation between two teenagers.  One was a staunch vegetarian and one wasn't.  The vegetarian was one because she couldn't abide killing animals for food.  Now as you know I am an animal lover.  I also don't care what you choose to do with your life, that's entirely up to you and I respect that.
But I happily eat meat.  Now the second girl had told the first that her Father had gone hunting, and this of course caused the first girl to launch into a tirade over killing Bambi.  (I am not even sure that was what her Father had been hunting for.)  Vegetarianism for this reason puzzles me a bit.  If you're doing it for health reasons, that's a different story.
I have absolutely no problem with anyone hunting deer, or any other animal for food.  ( I vehemently do not abide hunting for a trophy only though because it's wasteful!)  I also don't dispute that animals kept for food production are treated poorly in many instances...but those same animals could have a very difficult time if they were in the wild as well.  I think it's a lot better for a hunter to shoot the deer and feed their family rather than have it ricocheting off of cars on the freeway, slowly starving to death from over population or being torn to bits by a mountain lion.
The other thing I take into consideration is that many animals that we try so hard to protect wouldn't think twice about killing a human and eating it...nor do animals have any issue killing each other for food or territory.
Also, why is it ok to kill plants but not animals?  Plants feel a type of pain when they are harvested caused from a hormone and chemical reaction.  Is it simply ok because plants don't have a face?
Human beings are designed to be omnivores.  I agree that sometimes the thought of an animal dying for my dinner isn't the most pleasant...but there are a lot worse ways it could go.
Posted by Kelly at 5:56 AM