The Decline Of The Roman Empire 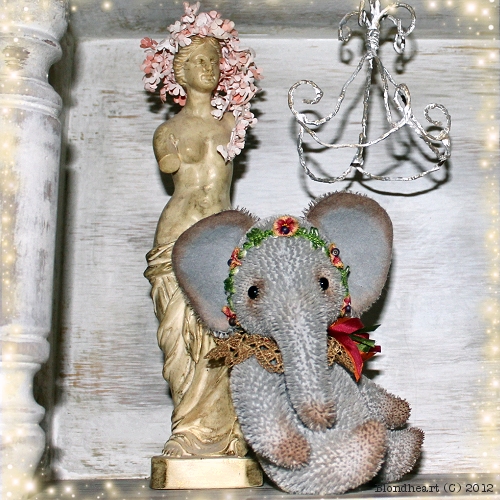 Alexander Demandt published 210 theories as to why the Roman Empire declined.  They reigned as the superpower of the ancient world for hundreds of years.  I am sure the cause of their fall was probably a combination of things.  But I don't have any more insight to it beyond what has been published already.

What I can tell you is what most likely got the ball rolling.  At some point I am sure they bought into the hype that they were unstoppable.  It's at the precise moment that we begin to believe we are unstoppable that we should just fasten our seatbelts and put our tray tables in the upright position because we have begun the final descent.  As soon as we believe we are invincible, it becomes our Achilles heel.

All throughout history civilizations, groups and individuals have risen and fallen.  Sometimes that's it, and it's the end.  Other times things go on to rise and fall again and again.  While it can be a slow process, it's a natural cycle of all things.

Despite this happening since the beginning of time, we don't always recognize that it is happening or is going to happen.  Ironic isn't it?  It's actually happening in the US right now.  A few decades back we started to believe that our government and country was comparable to Camelot.  That was also the start of our decline.  Whether we will rise again or not remains to be seen.

So what happens when this cycle appears in our own lives?  I think as artists it's even more acutely apparent. The industry as a whole also rises and falls in popularity.  Artists become popular, and then they fade away for a while...replaced by something new.   Sometimes they rise again and sometimes they don't.  I always find it sad when someone fades away, never to be seen again.

What makes the difference between rising again and not?  Having been on this roller coaster for a very long time, I have observed a few things that I hope you will find helpful...because this isn't something that gets discussed a lot and not everyone knows what to do when it happens.

I think step one is to simply recognize the cycle.  We are in a fickle business and trends can change in the blink of an eye.  As long as you keep making things you will keep selling things because there is always someone out there who likes what you do.  You may go through periods where you don't sell everything you make the minute you make it, but you will sell.  If you can support yourself through the lean times, then you will ride out the down cycle and be on your way to the next up cycle and be able to stay in business.

Which brings me to the next point.  Being prepared.  You have to know that this will eventually come to pass, and set up a plan for what to do when it does.  This could mean a change in design to stay with current trends.  It might mean a different selling venue.  It might even mean having to grab that bull by the horns and put yourself out there a little more.  You may have to work a little harder to make opportunities happen instead of just waiting for them to come to you.

During these times it's also important to support your shows, magazines and shops as well as the industry as a whole.

Recently an artist I adored has made a come back to the bear world.  I couldn't have been happier when I saw he was back, he was a good friend who makes beautiful bears.  I wish him all the luck and success in the world, and I hope others who have been lost follow suit.

I had a discussion today that made me remember many of my proverbial fallen peers.  I remember so many artists that have gone by the wayside and stopped making their art because of this very cycle.  People who would sell out at shows and now people don't even remember who they were or what they made.  I find that sad.  The world can always benefit from art, so when an artist changes jobs, the world loses out.

Rome may have fell never to rise again, but with a little preparedness and planning...we as artists don't have to.

Labels: cycles of art, Decline of the roman empire, rise and fall

I agree. You just need to change with the times, and keep trying.
Hugs

The failure to learn from history and the firm belief that we are invincible, either as individuals or as groups/nations, seems to be part of the human condition.
I grew up in 50s/60s Britain and was taught to think I belonged to the greatest nation on earth and that the pink patches that covered half my school map represented a Commonwealth of happy nations who were glad to be ruled over by 'us.'Now, we know better and have declined, just as Rome, the Catholic Holy Roman Empire and many other huge world powers have done before us.
I also watched my father refuse to believe that he could possibly get lung cancer, despite all 4 of his siblings and his mother dying of it. He smoked heavily and denied that cancer would get him. It did, he died aged 66.
Perhaps accepting our limitations is the next evolutionary step - one we humans just haven't taken yet.

I blame the fall of the Roman empire on the elephants personally ;o)

I swear I heard a rollercoaster in the background reading this too - wheeeee!