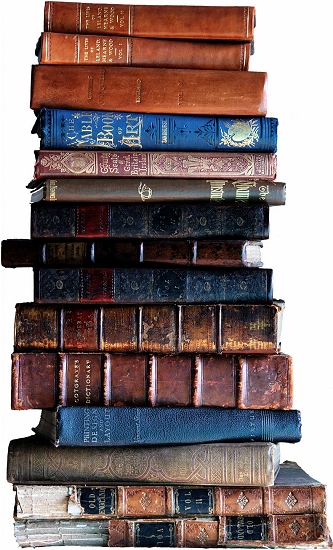 I have a friend who is an author.  She is always telling me I should write books.  I do have lots of novels floating around in my head, but they never get committed to page.  I am too busy making bears and doing other things.  To be honest I am not sure I could do it anyway, or that anyone would want to read what I write.

I do like to read though.  My favorite authors are James Rollins and Steve Alton.  They write exciting adventures and have colorful characters which I like.  James Rollins has a new novel coming out this month and I simply can't wait.

When an author writes a novel they create characters and situations based on their own knowledge, experiences and perspectives.  The hope is that the reader will identify and sympathize with the hero/heroine of the story.  Regardless how good the author is at conveying what they want to get across, each reader will never fully interpret the characters or story in the exact manner that it was written.

We interpret what we read based on our own perspectives and experiences, and to a degree that can color the initial intent of the writer.  I like the main character of Gray Pierce in James's novels, but I most identify with one of the supporting characters; Kowalski.  Kowalski is tough and funny and has a thing for nice shoes and he secretly collects teddy bears even though he claims he buys them for his girlfriend.  He is a great character.

If you were to read the novels, you might like a different character and you might interpret the situations these characters are in a little differently than I do when I am reading it.  The stronger an idea is presented, the stronger the reaction from the reader will be...either for or against.  That's perfectly natural.  It's fine when we are reading fiction.  The same thing happens when we read or write things on the internet.

Very few people can relay all of the information about a situation from a completely objective, non partisan perspective without putting their own bent on what happened based on their own experiences, mood, or interpretation.

This is what leads to conflict and drama.  Regardless how diplomatic you are and how much you try to stay out of things, drama will eventually find you.  Now if you're like me who has strong opinions on things and are vocal...it's a guarantee it's going to find you.  Recently however, it found a friend of mine who is not like me, and tries to avoid it.  Now don't get me wrong, I don't go looking for it either...but when I am involved, usually these things don't bother me overmuch, and I figure that something else larger is going on in the life of the person who is getting upset and that's making them overly sensitive...or it's a simple case of conflicting personalities. (These run on sentences are part of the reason I don't write novels, but I digress.)  I know it will pass and a new drama will crop up gathering the attention of others.  It's just a fact of life....but back to my friend.  She is a very sweet person, and most people like her very much.  On this particular day she chose to stand up for something she felt was wrong and say something.  It wasn't really a harsh comment and too much was made of it.

When people have some type of conflict on the internet it usually goes that one person discusses the specifics of it on some type of public arena and the other one doesn't say anything.  The person who discusses it usually is the one who garners the sympathy and is the hero of the story because it's written from their perspective.

I have seen this happen over and over.  Then people tend to jump on the bandwagon and support the person telling the story.  The thing I always find ironic is that the unnamed person they are agreeing is a horrible person is often one of their other friends and they don't realize it.  I have had it happen to me, and nearly everyone I know has had it happen.  It's probably happened to you at some point.  Quite often it's someone they like and admire and would never think badly of based on what they know of that person, and they would never make the comment if they knew who it was.  The other person gets their feelings hurt because they don't understand how their friends can think so badly of them.  It's at this point I try to remind them that the friends in question are agreeing without knowing who it was or the other side of the story.

Conflict never comes without both parties doing some things right and doing some things wrong.  But very few people set out to intentionally hurt someone else.  The world is not as evil as we think, and very few sane people actually thrive on or delight in making others miserable.  Most people simply are not hardwired that way.

I urge you to remember this when you decide to support someone who is...well for lack of a better term...throwing a hissy fit publicly online.  It's usually a case of mistaken intent or interpretation.  Just let them get it out of their system, return to their normal sweet selves that you like them for and say nothing. Don't jump on the bandwagon, don't take sides.  Remember that you are never reading the entire event as it played out in an nonobjective way.  And unless they named names, you never know who they are referring to for certain and you might inadvertently end up hurting a friend you care about.  I also urge you to not throw public hissy fits if you can avoid doing so.  But I also understand that we are all human and these things happen sometimes when we get upset.  Either way it's not the end of the world, and it won't ruin your reputation or your friendships with most people.  Chances are not nearly as many people saw it as you think.  We have the tendency to think the entire world read it when in fact it's just a small handful of people.

Drama and conflict are an unfortunate fact of the human experience.  It's because we all come from different places with different experiences, core values, and things we hold dear.  Naturally we all think ours are the best right answer even when we are open to other ideas.  It brushes all of our lives whether we want it to or not.   Good can come out of it however if people can resolve the conflict and work through their differences, or at very least hopefully we can agree to disagree and move on.  The best choice is to work through these things in private, let others work through their things amongst themselves, hopefully in private...and save the dramatic readings for novels.

Kelly you are a wise wise woman I think. Very few people see things like you do and I myself find myself agreeing with pretty most of your points everytime you write them. I do look forward to your posts so much. Hugs Joy x

I write a novel in my head each night as I go to sleep, oh for a way to brain dump into some kind of text form (because, like you, I just don't have time otherwise!)

I have always been a strong advocate of both sides of the story, and will often deliberately provoke someone telling me one side of a story to think about the other side (it drives my flatmate nuts, because it takes all the wind out of his self-righteous sails ;o) ) Hope your friend is okay!

Admittedly, when people post a rant about something, I tend to reply with something like, "Oh, that sounds terrible" or, "It's unbelievable that someone would act like that"... or simply, "That's just awful"

... and I usually reply that way because it's vague and I have no idea who they're talking about.

But you're right, the best policy is probably to just keep one's yap shut, let them get it out of their system, and move on with life!

Katy there are days when I swear you and I are the same person! lol I do that when I go to bed too!

It is Heather, because the truth is you don't know that it was that terrible or awful. You only know that they thought it was. There is a very big difference in there. And you have to know that they played their part in whatever happened which was probably glossed over a bit or omitted all together in the telling.

One day I heard a very wise man say that people always think they are better than they are. It's true, we all think we are kind, compassionate and good people. We aren't always, sometimes we do really rotten things. All of us, no matter how good we usually are. When we do them we recognize it, but we make excuses for our behavior because we have to live with whatever we did. If we didn't do that, we couldn't drag ourselves out of bed in the morning because over the course of a lifetime they do pile up. I am sure even Mother Theresa did a few things that weighed on her conscience over the years. It's human nature and we aren't as evolved as we would like to be. What defines us is what we do after we have done that rotten thing. Do we learn from it or do we keep doing it again?