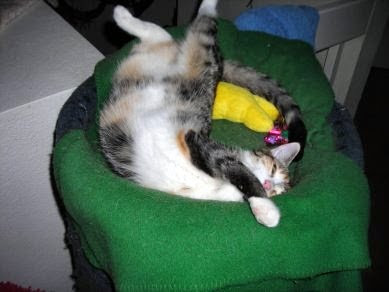 At some point or another during our lives we have had an event that caused us to doubt ourselves. Chances are someone older and wiser than ourselves at that time smiled encouragingly and told us to "just be yourself."

This afternoon I had to run out to pick up some excelsior. While I was out I grabbed a couple of my favorite magazines from the rack. When I got home I settled in to have a look at them. I came across a picture of a sign someone had made expressing that sentiment. I have both heard and read that phrase many times in my life. But for some reason today it really stuck with me.

I thought about it tonight. I mean I really thought about it. I could hear all the voices replaying in my head that told me that over the years. I wondered if when I left the house to the date or social engagement that had caused me worry if I had actually followed that advice? I wasn't so sure. Children and teenagers have a tendency to like to fit in.

We are a collection of the people we have known who inspire us, places we have been, experiences we have had and things that leave an impact on us whether they are good or bad. We are shaped by others and outside influences so can any of us truly just be ourselves unless we were raised by wolves?

I passed by Gypsy, one of my three cats, as she was sleeping. She always sleeps in the oddest positions. In fact Gypsy rarely does anything cat like. She definitely marches to the beat of her own drummer. And...she is always just herself. In that moment I envied her.

If you read my blog on a regular basis, you know I have been struggling with my new layout design for my website. I keep making layouts and scrapping them. I was halfway through putting this last one in place when I decided I didn't like part of it. I was afraid it was too much like other things I had seen, and kept telling myself to just be myself.

But today really brought home to me that I don't know what that means. I have been told many times in my life I am very unique, but is being unique what it's all about? Is being yourself marching to the beat of a different drummer like my cat? Again I wasn't so sure.

I have always been pretty comfortable in my own skin. But lately I find myself concerned that I might be doing something too similar to something else. I guess that's in part due to the Internet and all those magazines for crafty women, where we can see what others are doing so easily and trends can be created in a moment. I see so many things I like and I want to incorporate a piece of that here and there into what I do sometimes.

By doing that...does that mean we aren't being ourselves? Does it mean we aren't being individuals if we follow a trend? I think one of the greatest struggles artists have is to be creative, make what you love, be unique and still have a product that will sell in whatever the current social marketplace is. Sometimes you have to conform...and sometimes you simply want to. Of course you always run the risk of having someone claim you copied them. It can be pretty overwhelming at times.

As the evening progressed though, I had a theory. They say there are no two snowflakes alike. Snowflakes know how to be themselves I guess. But they are still all snowflakes and connected in that larger way. The same way Gypsy is unique but still a cat. Maybe no two snowflakes are the same, but I bet a lot of them are really similar. They share the commonality of ice crystals and form them into their own design.

I have decided that being yourself is being like a snowflake. We are always going to be that balance of being like others, but in our own unique way. We are all made of the same stuff so there will be similarities and things we like the same and share the same way, but yet no two of us are alike. I guess I should just stop worrying about it and finish my layout. When I created it, I was just being myself.
Posted by Kelly at 3:20 AM

Labels: being unique, Cats, conforming, Just be yourself, layouts, snowflakes