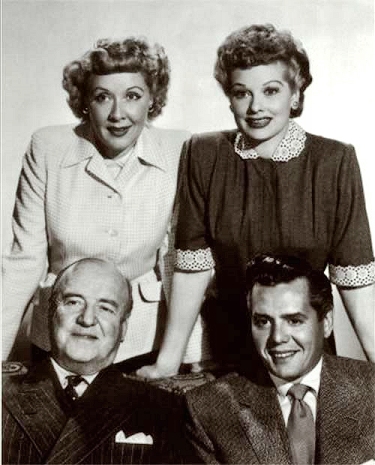 I am not going to have an official full blown update until after the show in May.  BUT...I am working on some bunnies for Spring/Easter which you will get to see (hopefully) in a few days.  When I work a lot I tend to watch too much TV while I sew.
The other day while I was sewing I was watching old reruns of "I Love Lucy" and laughing my head off.  Sure it may not have been the most intellectually stimulating show, but it was funny.  Really funny, and the plot lines were clever.
I had also recorded a current sitcom that I like.  Now it's funny too, but while I was watching those old reruns I realized every current show I watch on the regular TV stations uses sex as a vehicle.  In fact every show does.  I kinda got to wondering about that.
I could make all sorts of comments about morality and the lack of it on TV, and I could make all sorts of comments on how kids are influenced by what they see.  I could even make comments about how people on TV fall into bed as easily as they try on a pair of shoes, and it means about as much.  I could go so far as to point out that when civilizations become too permissive and promiscuous they always fall.  It's happened over and over through out history and each time...they never see it coming.
But aside from all that I also found myself wondering why every show has to have sexual situations?  Aren't writers clever enough to come up with anything else anymore?  Or is it that we, the viewing audience have given Hollywood the impression we don't find anything else funny?
When Charlie Sheen had his ridiculous meltdown a few weeks ago I was utterly shocked to find out that Two And A Half Men was the most popular show on CBS.  Now Charlie claimed that he was what made the show what it was and that he was irreplaceable.  But honestly I think there are about 9000 frat boys with the same level of humor in America that could have walked in and filled his shoes.  After all they know how to make the same base, tactless jokes about body parts and functions that he did.  They wouldn't have even needed acting classes or writers.
I really thought that show should have been cancelled years ago.  So the question is, has our humor level dumbed down...or has TV?  Either way I am sick of sex on TV.  I am no prude, but I would like to see something funny.  Really funny.  Something that would make me laugh out loud based on something else.  I probably won't get my wish.  I know that Lucy and the gang have left this world for a better place...but where are Bill Cosby and Tim Allen when we still need them?  Sex might sell, but I am sick of buyin.  I guess they can pay Charlie or his replacement millions for being crass...but I won't be watching.  At least I can still watch truly funny reruns on Cable.
Posted by Kelly at 5:09 AM

Well said, Kelly!!! And my family is right behind you--we've completely stopped watching any television except for PBS.

That's one reason I like Ellen... she believes you can be a comedian without being vulgar and without making jokes about sex... and I find her hilarious. Perhaps she should write for sitcoms XD

I'm pondering tv shows that we're watching at the moment (Psych, The Walking Dead, West Wing) and while the main character in Psych is a hopeless flirt, there has only been one time in 22 episodes where he's ever actually had sex... and I remember feeling awkward about it... like the show didn't need that kind of info in it.
The Walking Dead does have sexual tension in it... but the main focus is zombie apocalypse (It's kind of hard to ignore those guys)
And West Wing... which I am in love with (I never watched it when it was originally on) relies almost solely on clever, witty, funny dialogue between characters... and while there is flirting, sex itself (or the discussion of) doesn't happen much, so far, at least.

Have I mentioned how much I love West Wing? Just thought I'd throw that in there, lol XD

I mostly watch crime drama these days, or a few cookery reality programs. I'm generally safe from sex in both of those lol

You're right though, there's a reason I don't watch comedies any more - I don't find them that funny! I really can't stand the teen boy humour that pervades most of them. Must be getting old lol.

I could not have said it better myself. Thank you!! And I agree about that STUPID show Three and a half men. I hate, hate, hate that show. And I gotta say I Love Lucy is still one show that can make me laugh, I mean truly laugh!!

I know what you mean....In the UK we have had a few good new comics, Miranda Hart in her series Miranda was one of them. People sometimes say British humour does'nt travel well but maybe Youtube her? She takes a bit getting used to but I like her.

I have to agree. I am constantly stunned by what passes as entertainment on tv these days.

Hi Kelly thanks for visiting my blog and leaving a cheering message. I was feeling a little sorry for myself that evening.
I often comment on how easily TV characters jump from one partner to the next. If I was a TV character I would have been off with my hubbies best friend years ago :-) and by now would have left him for my driving instructor and maybe then decided it was time to explore a relationship with a woman, all the way through selfishly saying I need to find myself and ignoring the damage I do on the way.
Lucky for my hubby I am not a TV character :-D

What she said! I actually have never watched Charlie's show. Don't watch much in the way of American sitcoms. "The Office" comes to mind, though they can get pretty sexual at times. One of my faves has always been the Britcom "Keeping Up Appearances." Very creative writers who don't resort to sexual situations for a laugh.

Kelly, I'm definately with you on this one!
I love 'Frazier', so much so, that my kids have bought me a dvd collection of all his shows. Just very clever script writing. My husband always said, that it was the only show where I laughed out loud while watching.