Day 2 Of The Quilt Saga ~ The Aliens Attack 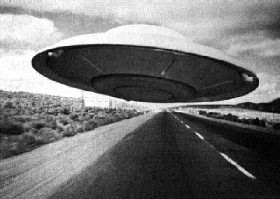 So here I am in the chair again. Moving to the chair from the sofa is a huge undertaking. I have to move all my junk from the coffee table to the side table. It's amazing how much stuff you need when you are sick. Kleenex, chap stick, lotion, an ocean's worth of liquid to drink, magazines, laptop and the TV remote. I should pack a suitcase because I have to move it back and forth each day. I normally sit on the sofa and not the chair, but after R goes to bed he wants me to sit in the chair because he believes it's more comfortable. In some ways it is.

I had just gotten everything arranged, pulled the quilt over me, tucked my feet under and my Westie and two of my cats had made themselves comfortable on me when I realized I forgot the remote. I sat staring at it clear over on the coffee table mournfully for a full minute trying to decide what to do. I considered trying to will it to me, but finally decided my best course of action was to just watch whatever came on.

It was on the Sci-fi channel. They were having a special on UFO's. Now I have a fascination with weird stuff anyway, so I decided to watch it. It was truly enlightening. They gave statistics that 1 out of every 5 Americans believes in alien abductions. 1 out of every 7 knows someone who has seen a UFO. And most amazingly that pilots and cops are reliable witnesses. Once I heard a statistic that if every alien abduction story was true, someone would be abducted in this country every five minutes during night time hours.

Ok so lets look at that for just a minute. Now I have been staying up at night for decades. Decades. I sit near a window that I don't pull the shade on. I have also traveled extensively at night. If there were UFO's out there abducting people you would think I might have seen it at least once, but I haven't.

Secondly why are pilots and cops any more reliable than anyone else? They can mistake what they see. Plus I have known a couple of each that were a tad unstable.

Another interesting fact is that Kenneth Arnold who supposedly made the first UFO report said they were chevron shaped and looked like saucers skipping across the water. He didn't say they looked like saucers and yet a zillion UFO pics since have been saucer shaped. Which incidentally is one of the least aerodynamic shapes out there. I find it very curious that people think this is what they see and that some of them think they are being abducted.

While I find it very hard to believe, I guess skeptics are people who haven't had an experience yet. I wasn't there, and I can't say for certain it didn't happen. I just find it highly unlikely.

After the UFO show I sat through what had to be the worst remake E V E R of War Of The Worlds. I finally decided it was time to get up and get the remote. Maybe I should just go to bed.

This flu has to end soon...I can't take another night of inactivity and bad TV!
Posted by Kelly at 11:55 PM